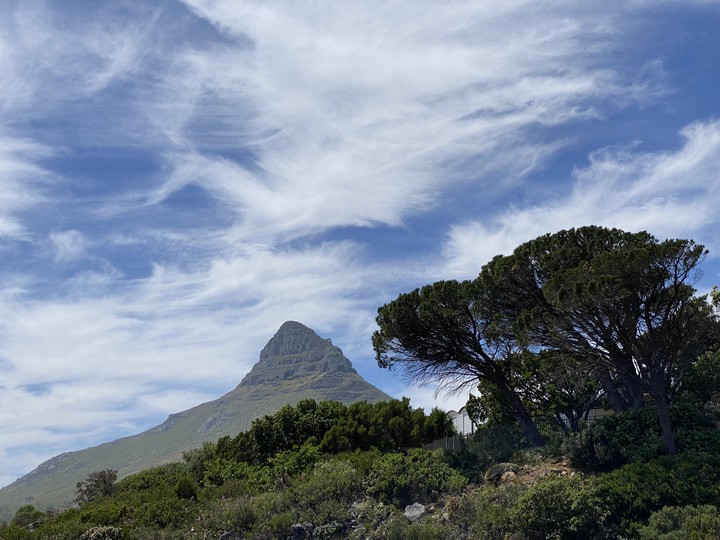 More than 2 months have passed since my return from SA, and now I have managed to make out the notes about the month-long trip. If you are interested in my first experience as a digital nomad - welcome to the post. If you want a short lt;dr about SA - the is a conclusion at the end of the post.

Although there is no quarantine for foreigners entering South Africa, I decided to put in 2 weeks of remote work before 2 weeks of vacation and spend a whole month there.

The first thing you should pay attention to when preparing for a trip to South Africa is the long transfer. Departing from Moscow, you are provided with at least 16 hours of flight with all related “features”. A reader, an iPad with serials (we watched “The Squid Game”), a power bank, and headphones will help not give up and get tired. If you’re not a six-foot man, do not forget to pick seats with “extra legroom”: you can stretch out, and the 9-hour flight from Qatar to Cape Town, full of suffering, will magically turn into an almost healthy 9-hour sleep. 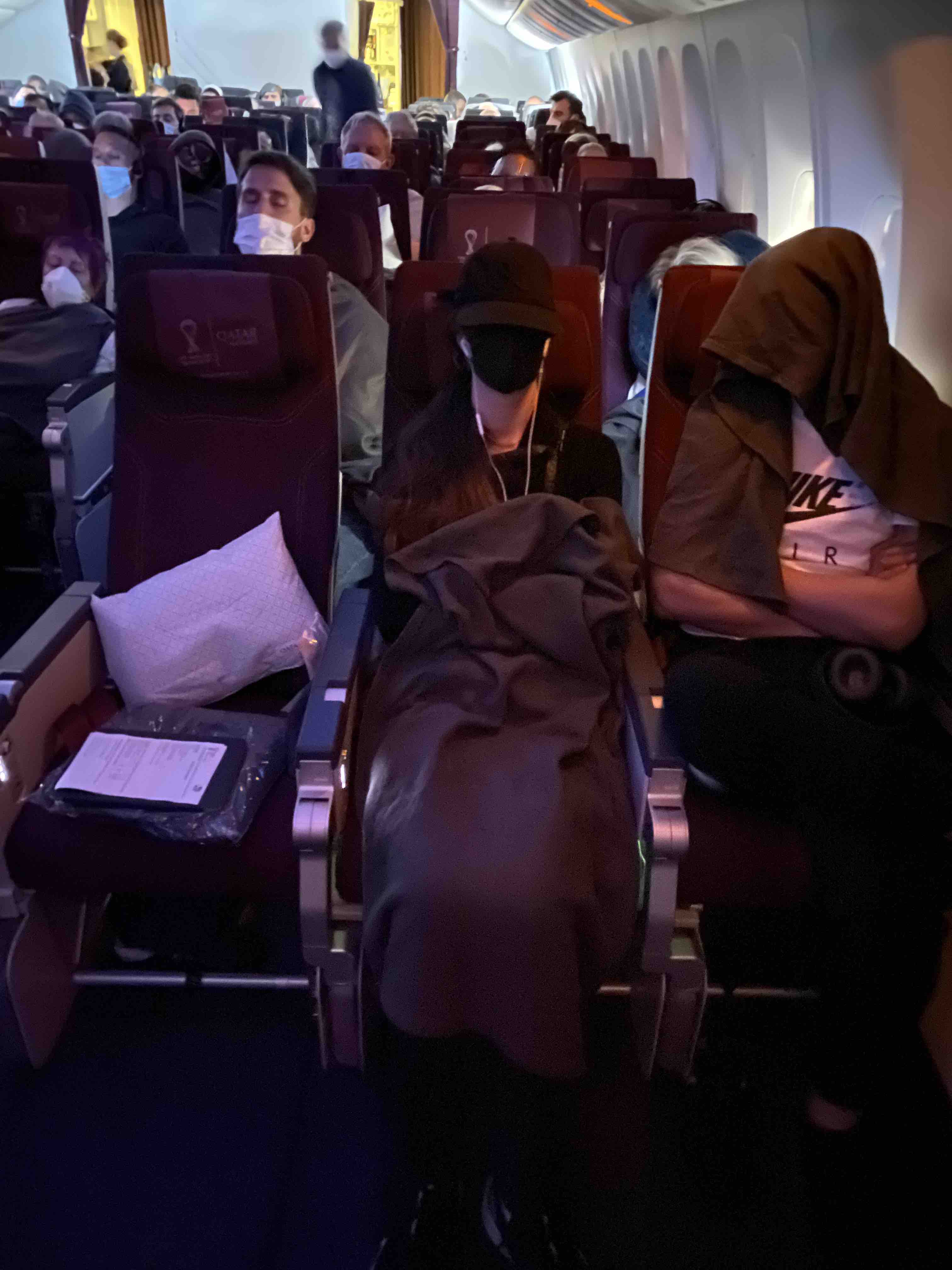 "Sleep on the plane" (by) Marina Saar.

After these 20 hours of flight, borders, passport, and covid control, South Africa awaits you: 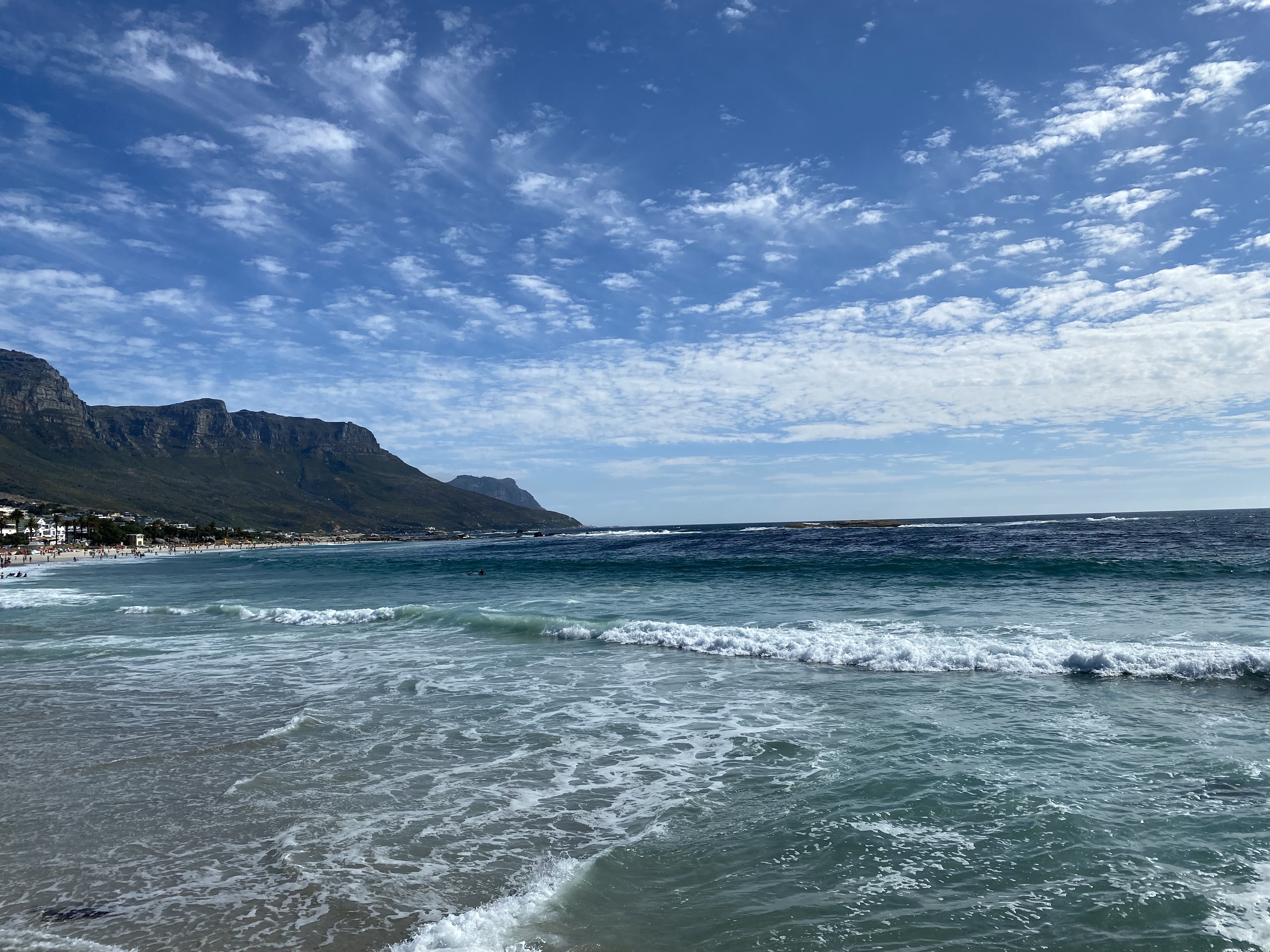 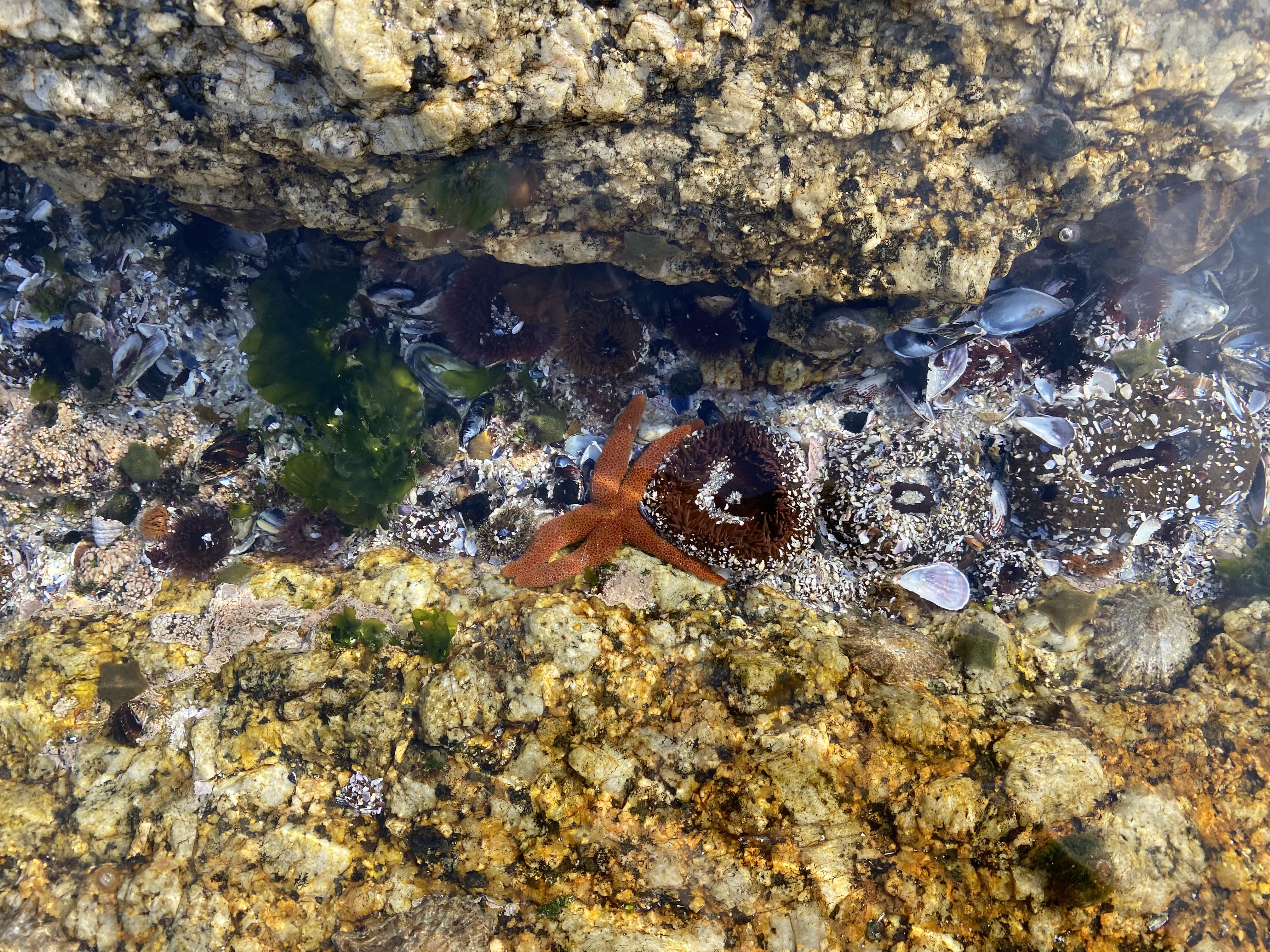 For a two-week working remote, Marina and I decided to stay in Camps Bay - the quietest area of Capetown. And they say that in the most picturesque. The opportunity to admire Table Mountain, Lion’s Head, and the ocean simultaneously, sitting on your veranda, does not fall out every day and positively affects your mindset. 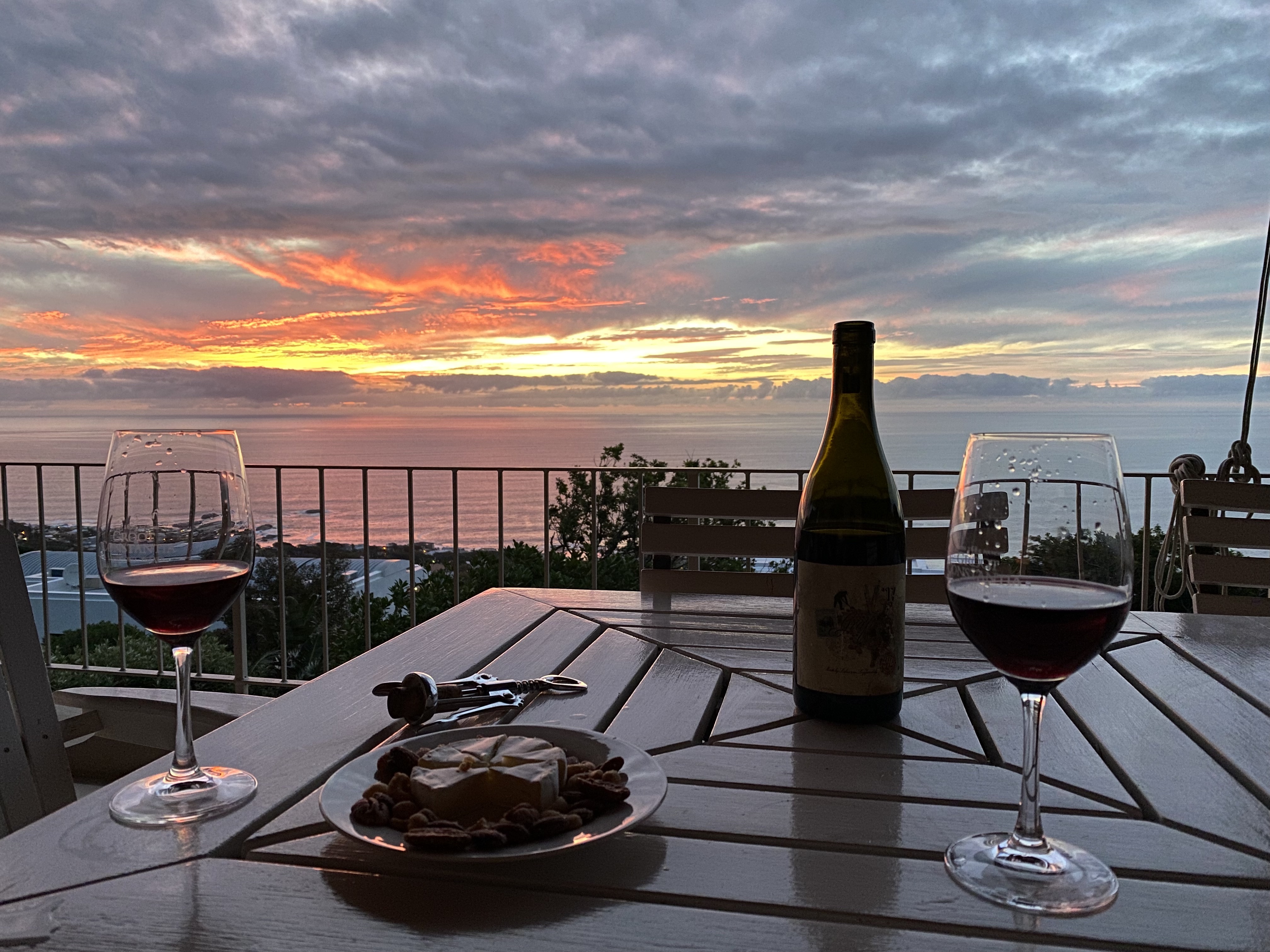 Camps Bay itself seemed pretty small - you can get around the entire town in an hour. However, we found it a charming one thanks to the ever-changing landscape, Miami-style palm-lined beach, and various restaurants on this very beach. Moreover, thanks to the mix of cultures from Asia, Africa, and Europe, finding a restaurant to your taste is not a problem here.

Another place we managed to visit is Muizenberg. The main discovery was the heat during the visit. Although this Muizenberg is located only on the other side of Table Mountain and an hour’s drive from Camps Bay, the temperature feels very different.

Constant wind and waves provide Muizenberg with a stream of fans for surfers, kiters, and other water and air activities. In addition to white sandy beaches, Muizenberg is also suitable for hiking trails along the coastline: listen to the ocean and watch the waves.

However, apart from a surf cafe and a few Victorian buildings, we did not find any other activities. So if you are interested in more cultural-friendly life - get ready to take a car to the nearest cities.

Another interesting stop is Lions Head: 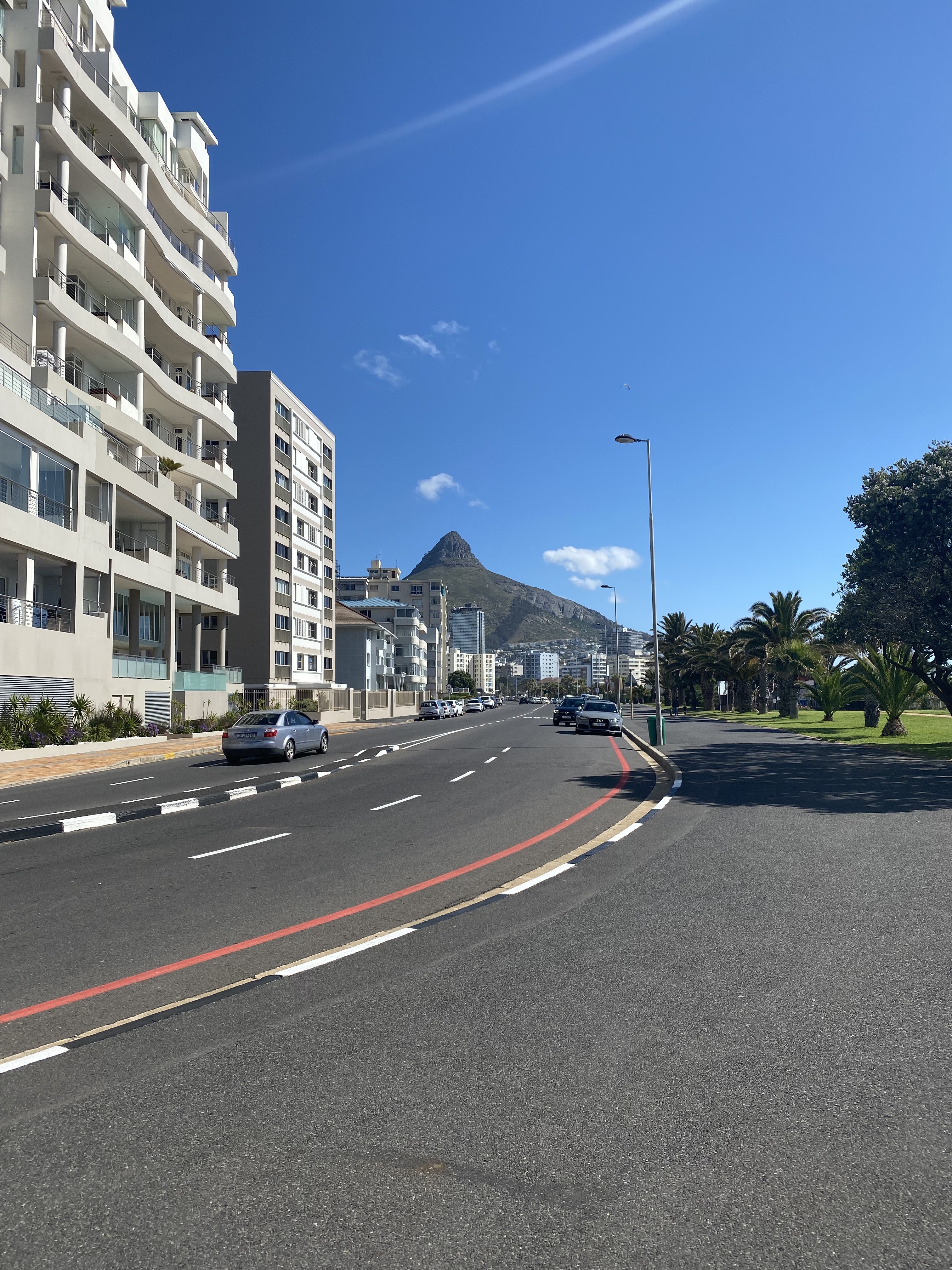 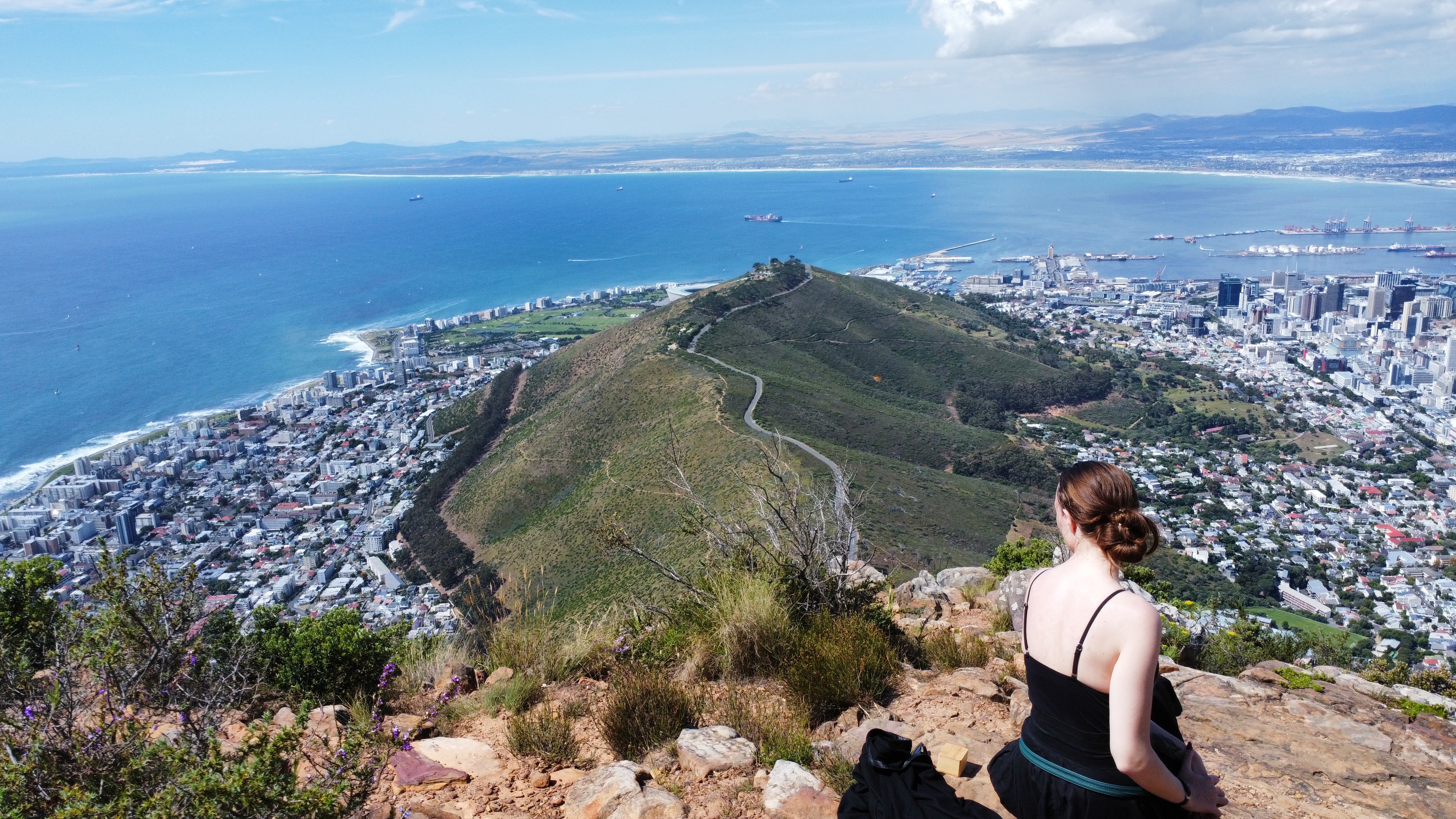 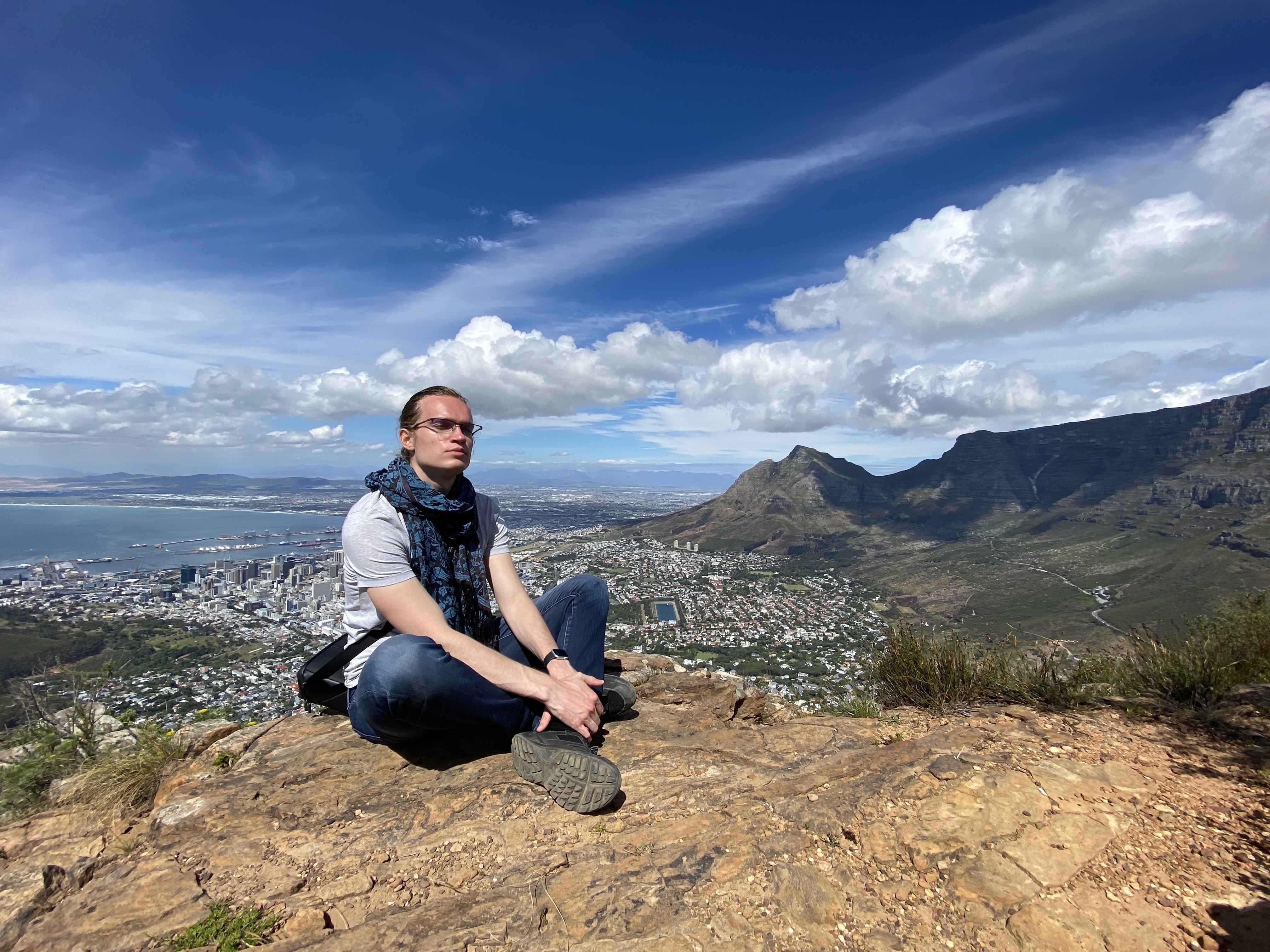 In short (come on, this is a mountain):

Continuing the theme of mountains, it was impossible not to climb Table Mountain - the symbol of Cape Town. Unique look:

The main “feature” is the weather change speed: the next day after the span shot, Table Mountain disappeared behind numerous clouds, with zero visibility when walking.

In addition to the mountains, South Africa is also famous for the Cape of Good Hope (or Cape of Storms for the Olds). Long story short, it is better to see once than to read a thousand times. 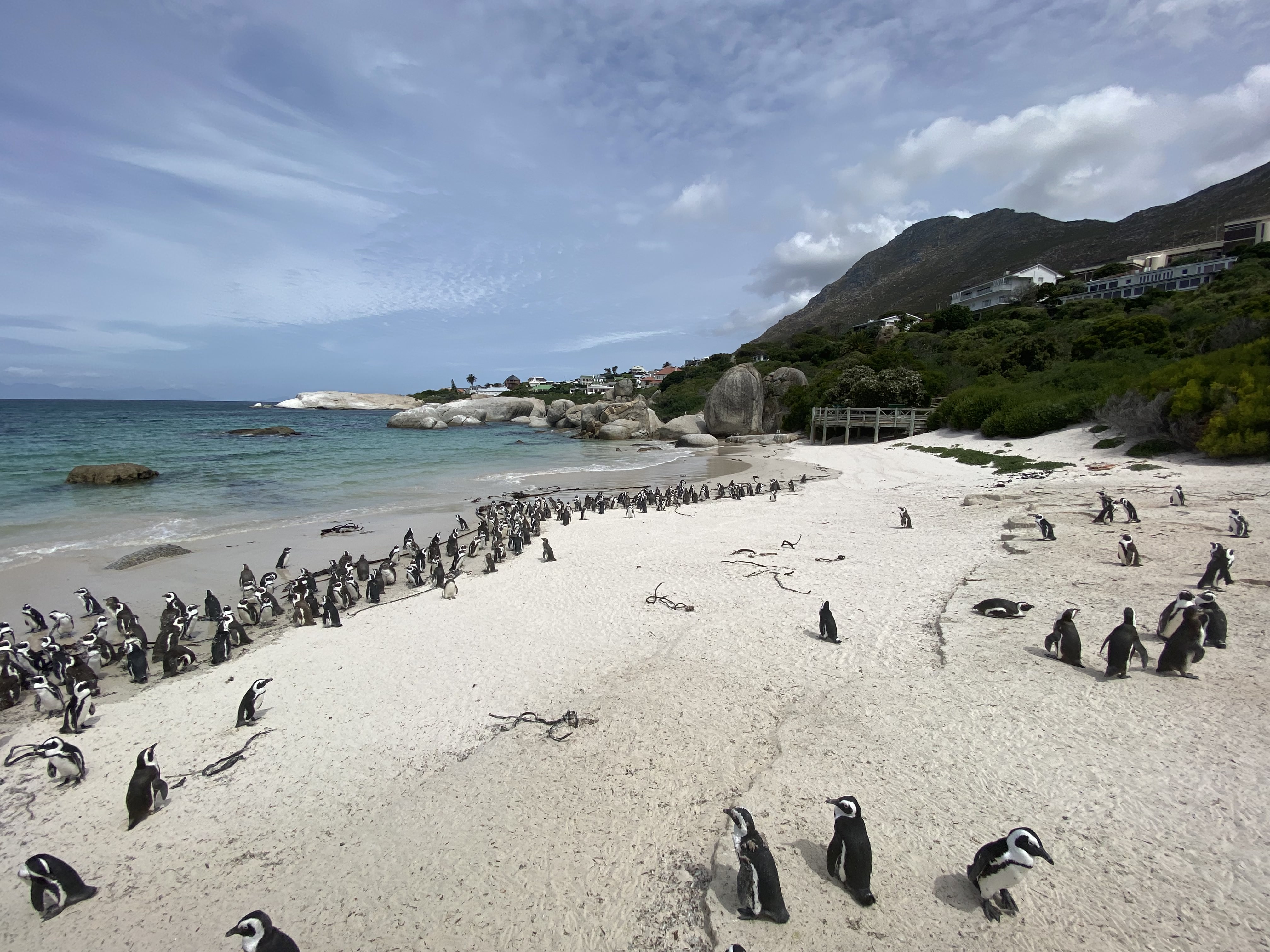 If we go to South Africa, it’s impossible to miss a safari.

After all, where else will you just be guarded by a lion at the entrance? 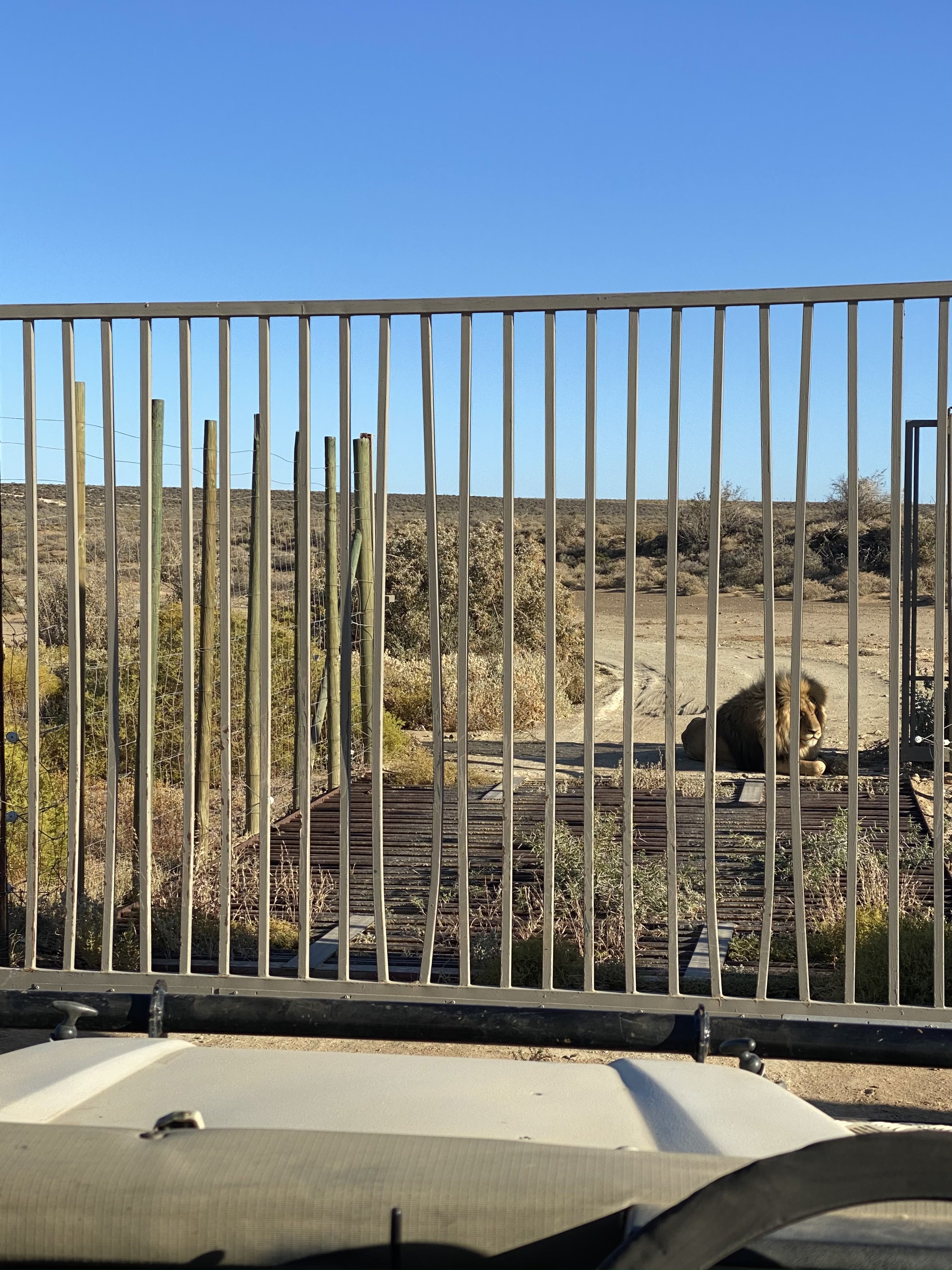 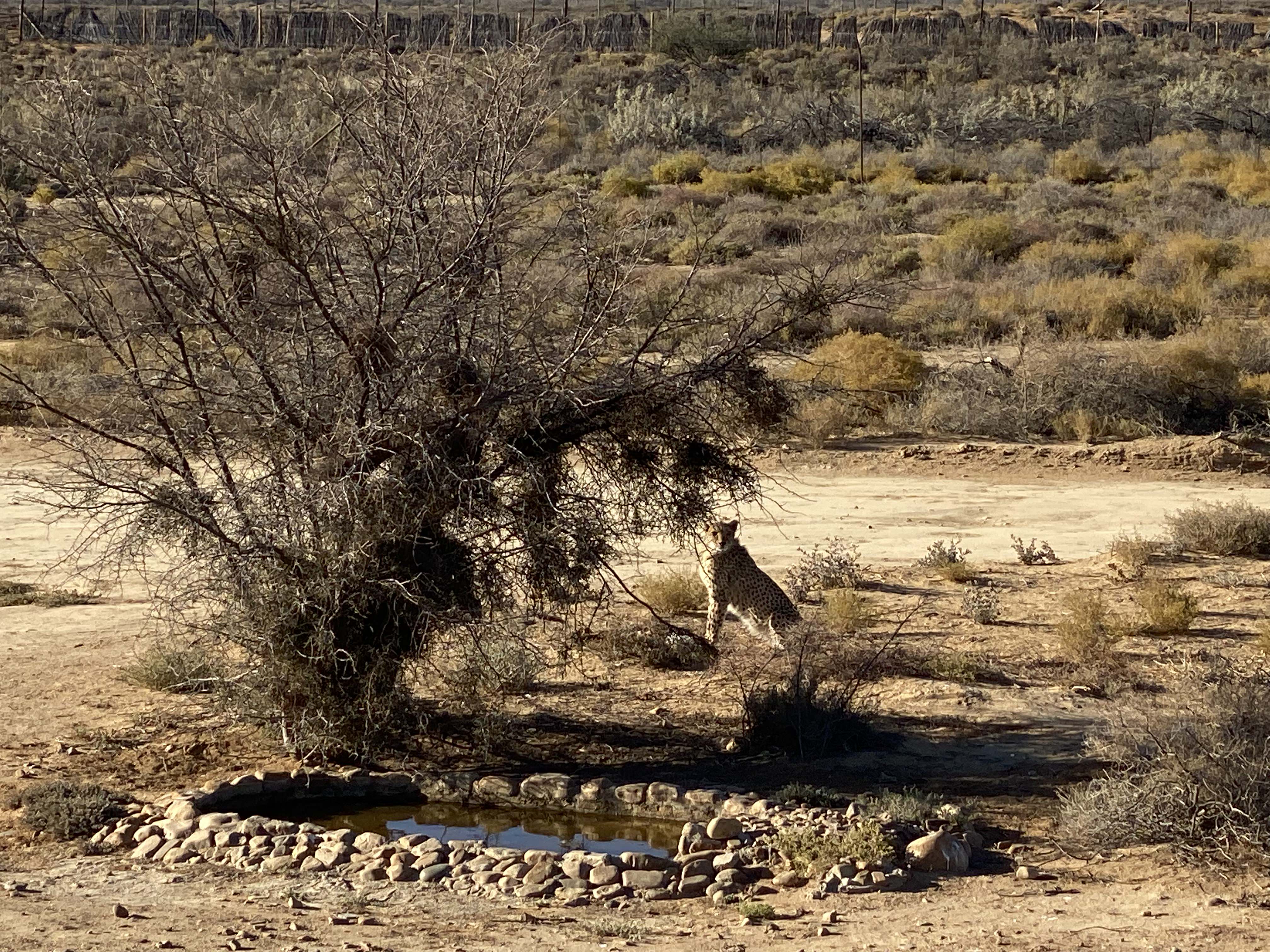 Or when else can you see all the representatives of the local fauna in natural conditions? 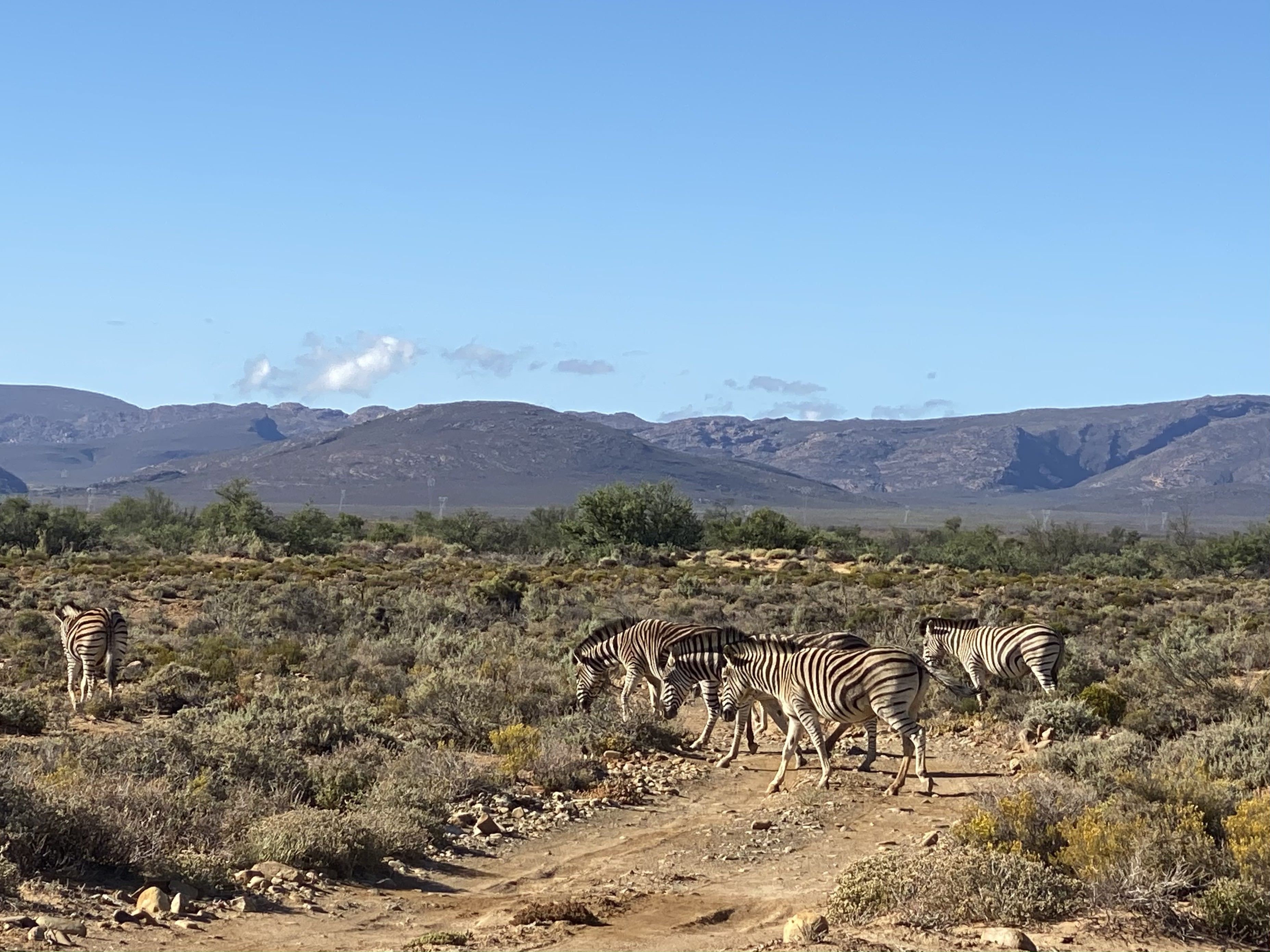 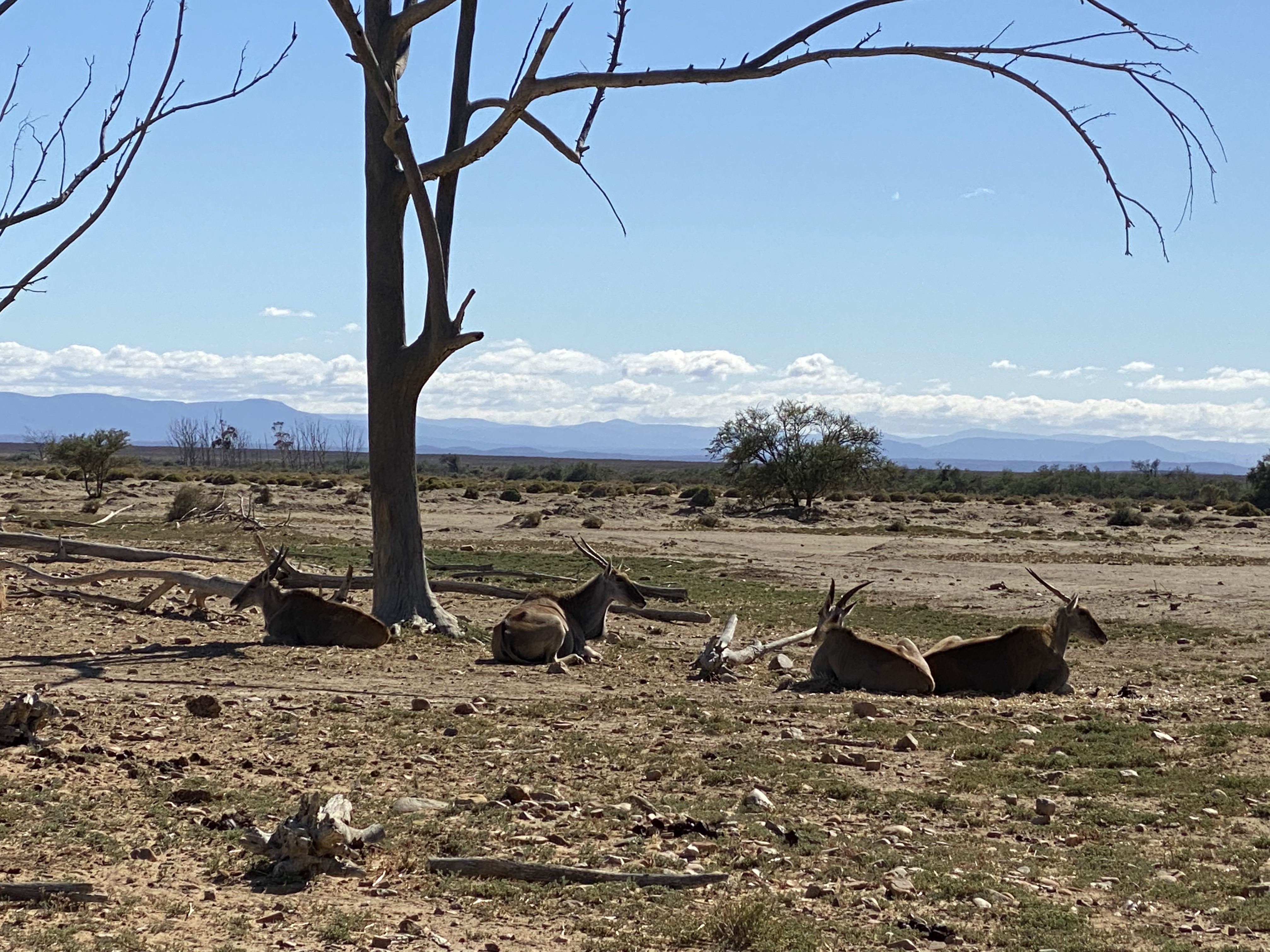 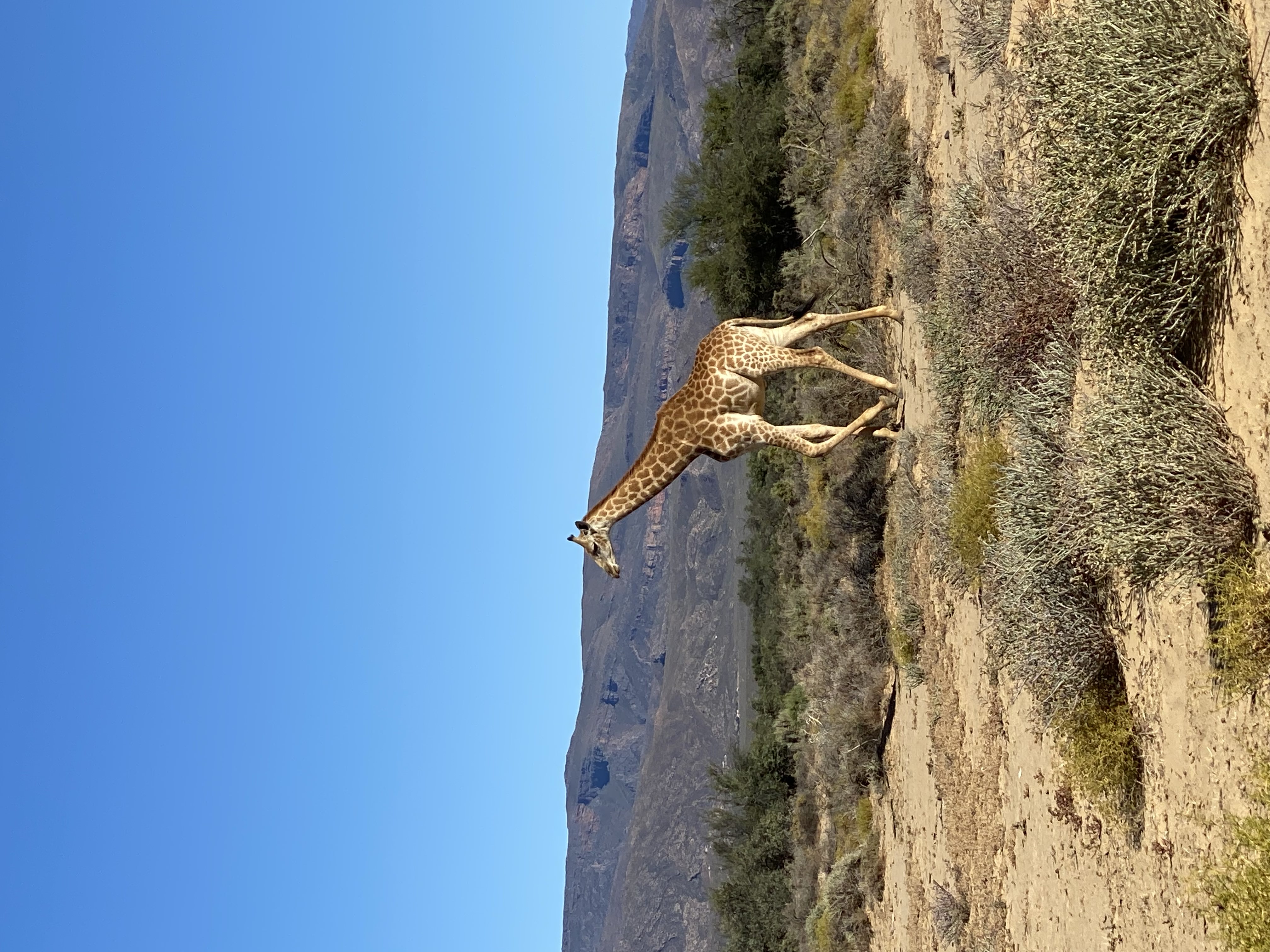 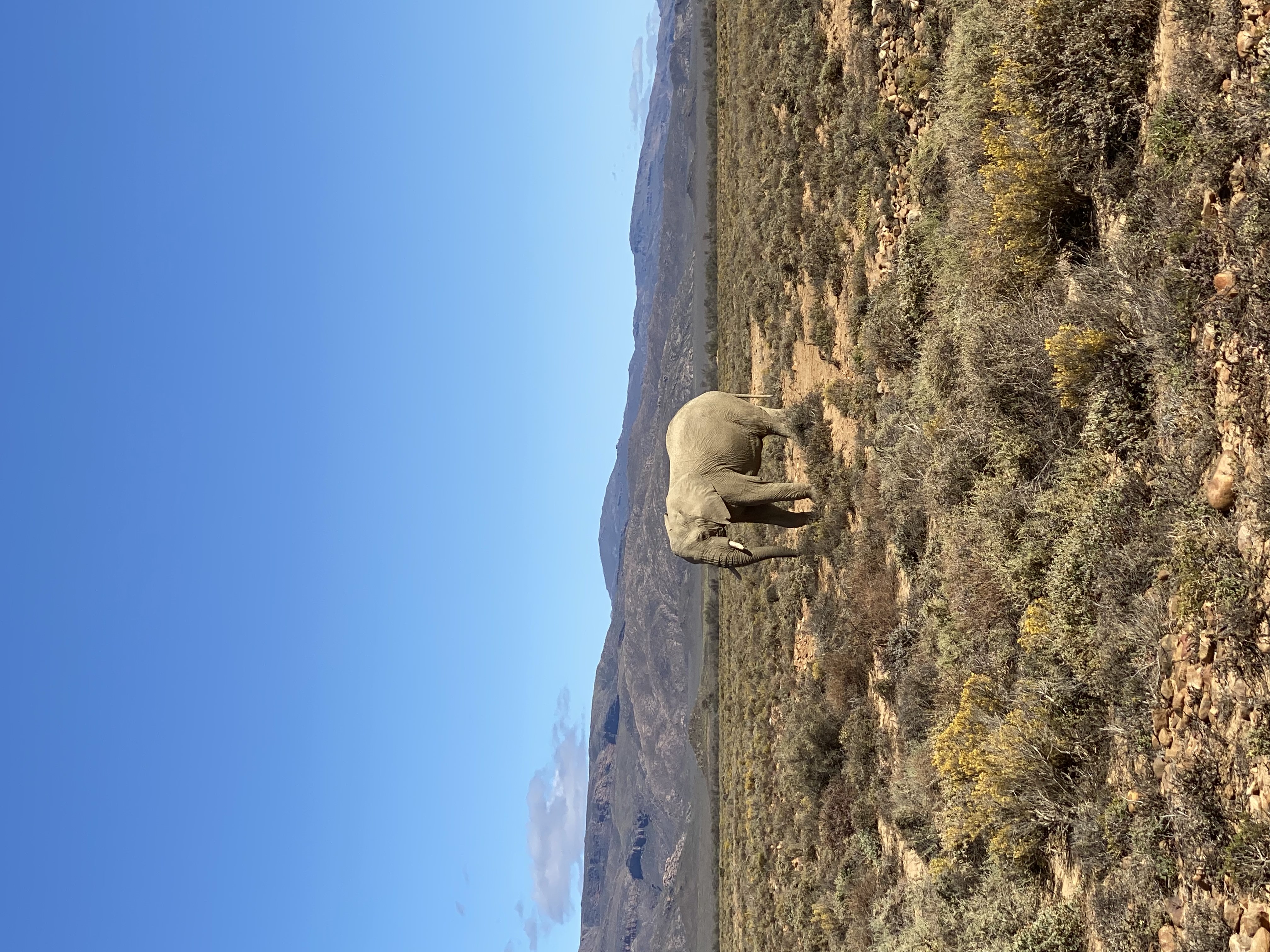 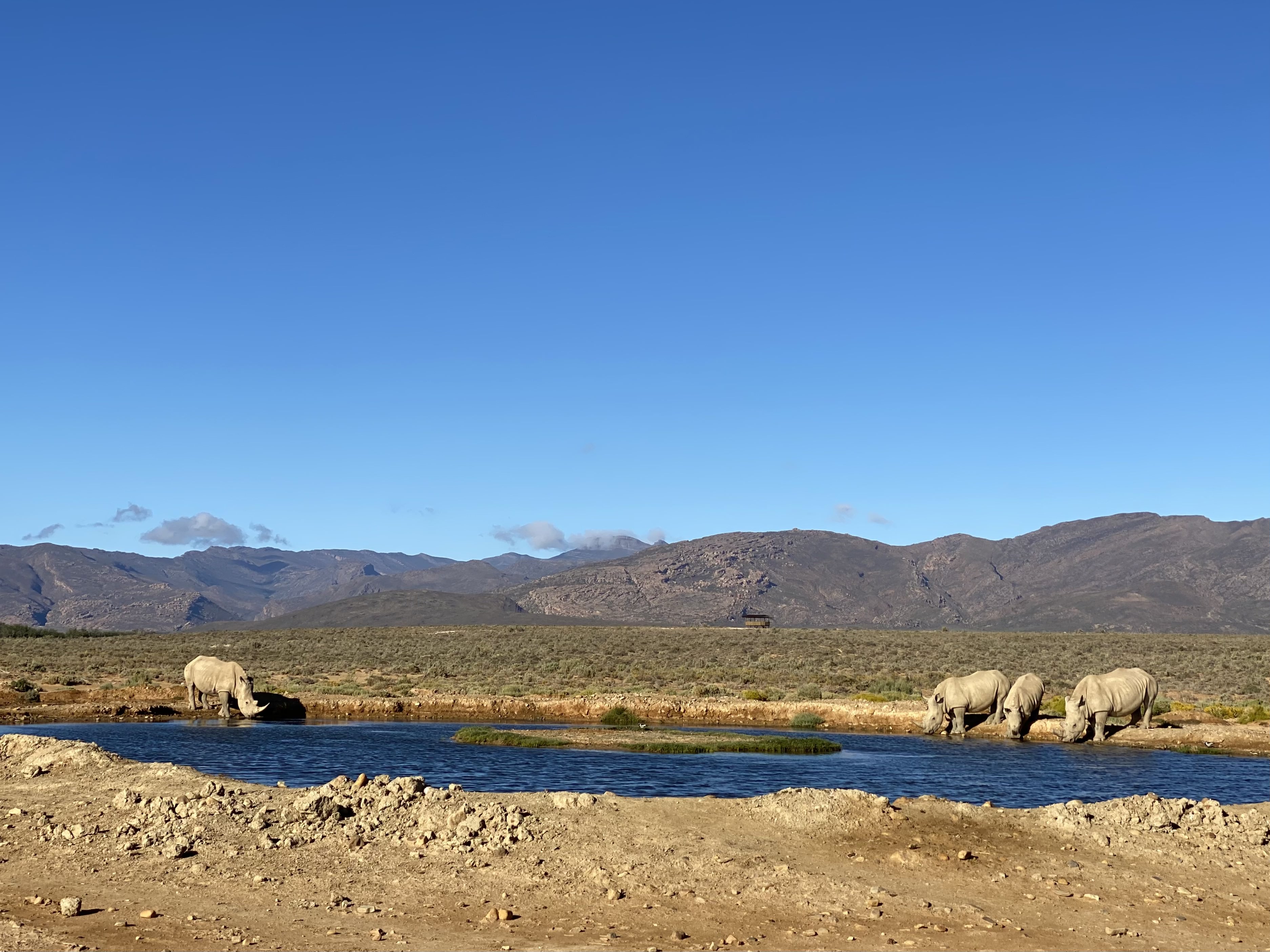 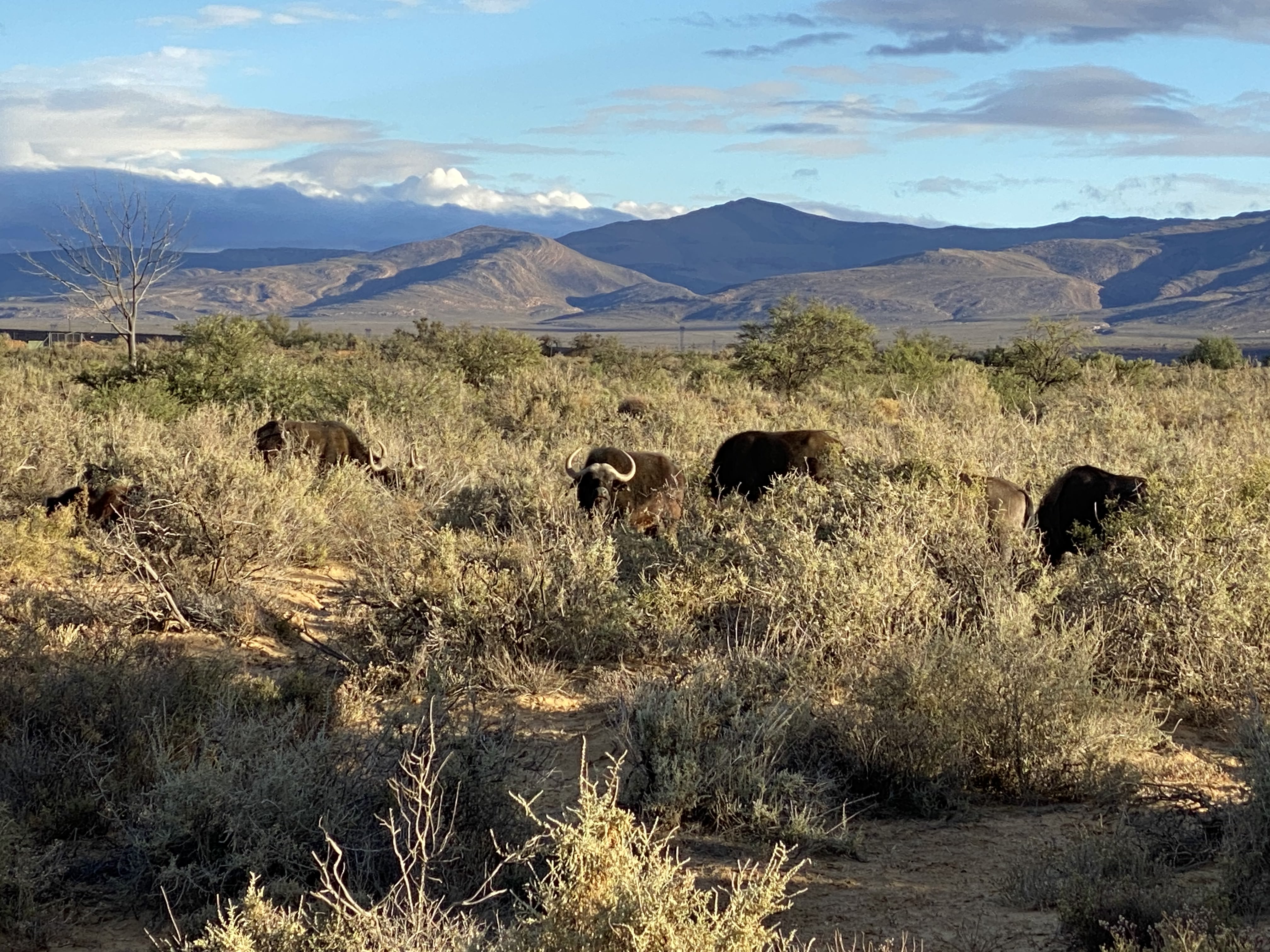 As a result, safari is:

Compared to the “typical zoo”, a safari is an entirely new (and IMHO much more proper) way of studying animals.

South Africa also has small local reserves for schoolchildren to introduce them to different animals (not the big five).

PS. And we passed the lion, yes. 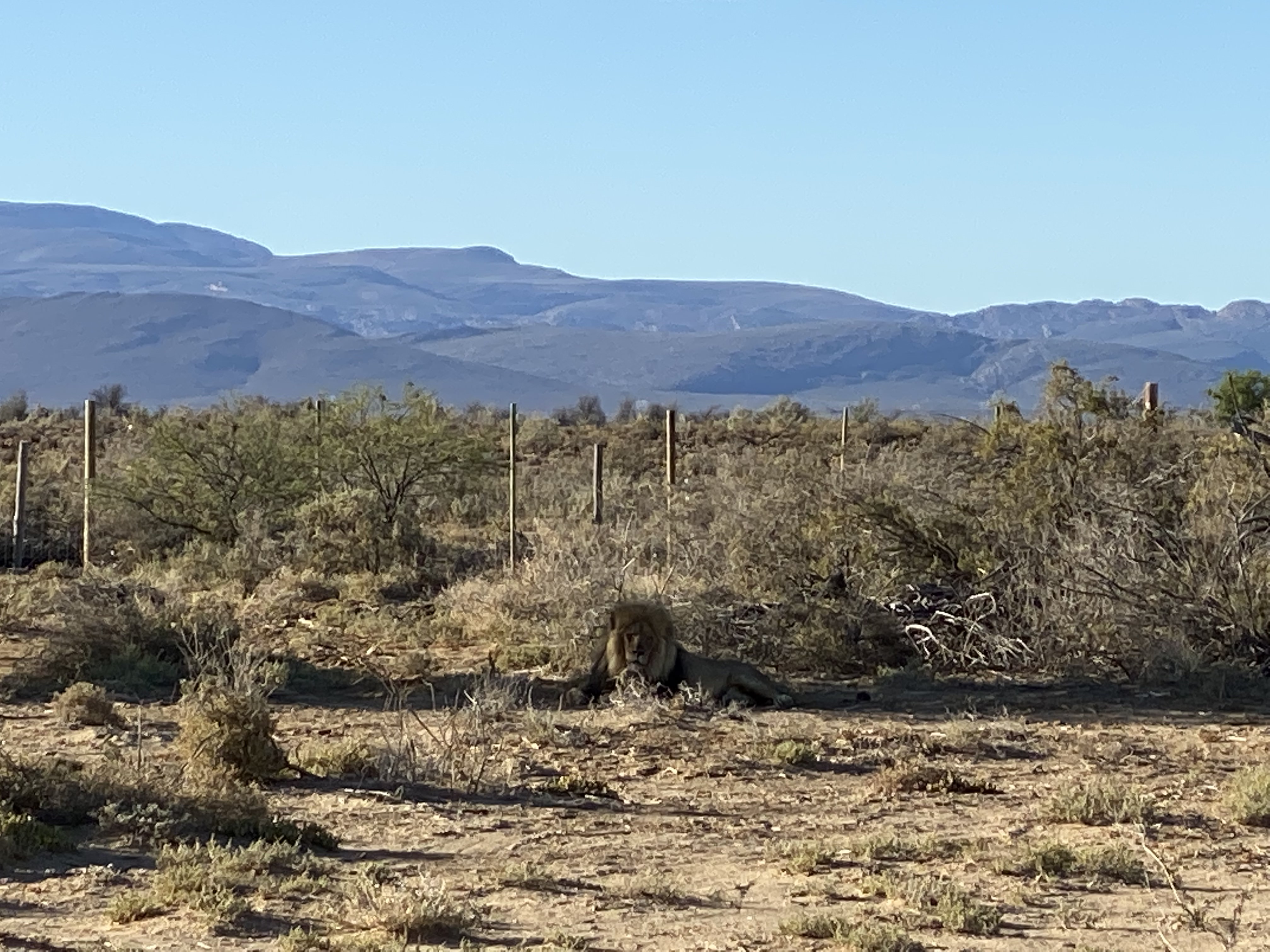 Rumor has it that you can watch whales in Hermanus. However… this time, the weather was not on our side. But we found mountain hamsters: 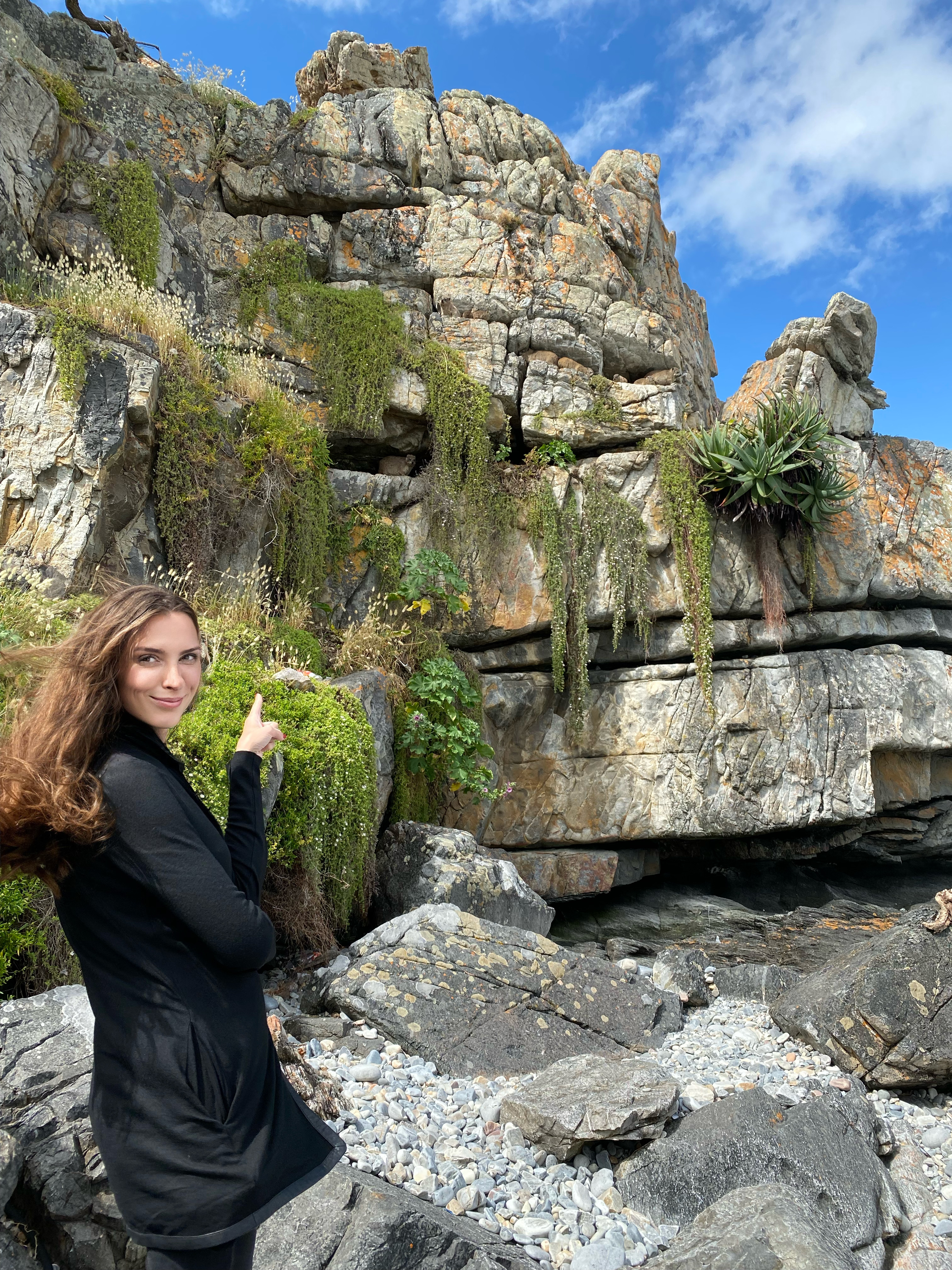 One of the distinguishing features of South Africa is also developed winemaking. Once a Cape colony of the Dutch East India Company, French winemakers began to make wine here quite “early”. Moreover, South Africa has a unique sun, mountains, and sea wind combination. As a result, wine has its own history here, and there are many family wineries. In addition, Bastille Day is still celebrated in some towns. So if you are in South Africa, be sure to take a wine tour on TripAdvisor. It’s worth it.

Cape Town… I would like to leave the description of sensations from Cape Town somehow in the end. On the one hand, Capetown is lovely:

On the other hand, it is:

As a result, Cape Town left me with a double impression. Behind the seemingly serene and calm tourist areas and the promenade, there is an actual “Cape”, with real and not yet fully resolved problems.

Since we were lucky enough to get tickets back precisely one day after the border closures of many countries related to the new COVID-19 outbreak, some additions:

About Russia. Upon arrival, the entire flight was gathered at passport control (yes, to be closer to each other). They announced the invalidity of the PCR from South Africa (these were made by us less than 48 hours ago) and put everyone in one queue to deliver the Russian PCR. In short, pointless and ruthless (sorry, but something tells me that the general collection of a flight in one room only increases the chance of catching COVID).

And to extend the story of returning to Russia, a week later, Rospotrebnadzor came to us and put us in an official 2-week quarantine, with all the bureaucratic papers and a photo in an embrace: the protocol requires that the signed document, the face of the representative Rospotrebnadzor and your face … without a mask. As it turned out later, subsequent flights were simply sent to Sergeyev Posad for compulsory quarantine, where people were already catching COVID in the Russian Federation. WTF?

PS. Soon this post may be supplemented by another, a much cooler story about Cape Town and another Russian service.

So, the South Africa.

What is good in South Africa/Cape?

What is the result?

Decision Making in the Wild